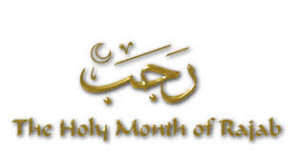 In the name of Allah, the Most Compassionate, the Most Merciful.

Alhamdulillah, today is the first day of the sacred month of Rajab.

Allah (swt) in the Holy Quran states, “Indeed, the number of months with Allah is twelve [lunar] months in the register of Allah [from] the day He created the heavens and the earth; of these, four are sacred. That is the correct religion, so do not wrong yourselves during them… (9:36).

The Prophet Muhammad (may Allah bless him and give him peace) gave a speech during his Farewell Pilgrimage and explained that Rajab is one of these 4 sacred months (recorded in Bukhari and Muslim).