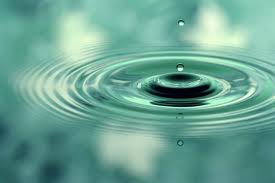 (This article was written by Abarika Abdulai of the blog Seekerselite.com, may Allah reward him) There are great masses of people who chat a lot in this world; they make squabble out of their conversations, talking about unfruitful matters with the thinking that it is permissible, therefore not a sin.

Of course, most often we normally don’t see any fault in what we say, but before you utter those words remember the verse of the Holy Quran that says that “Not a word is uttered but there is a watcher by you ready (to record it)” (Quran 50:18).

The time shall soon come when each person will be ordered in the court of Allah to read his book of deeds. You and I know that it is not good news to have records of deeds filled with these kinds of conversations to present before Allah.

This is why the introvert’s silence is a blessing from almighty Allah. The less words they utter, the less their ugly talks.

But unfortunately most people don’t know this; they tend to mock silent people or pass snide comments about their nature, sometimes making it difficult for them to socialize.

In fact, I have been a victim, so we can say I am speaking from experience. I remember back at high school, a question was was asked on a class quiz, “Who is the most quiet person in the class?”

The answer was pointing to me. I asked myself, what does this kind of question have to do with academics? I was so embarrassed that I couldn’t even raise my head.

Back then, I was so disappointed in myself for the fact that I was an introvert. It seems to me that extroverts have easier lives than those of us who place more value on peace and quiet.

But later on, I came to realize that even being dumb is sometimes better in the sight of Allah. This discovery set me free; it helped increase my appreciation to Allah almighty for not only creating me a Muslim, but also for giving me such a precious lifestyle.

Silence is a Means of Safeguarding Faith (Iman)

Unfortunately, many people seek pleasure from one another’s conversation and wish to ease the mind by diverse thoughts, when the best remedy for peace of mind lies in reading the Holly Quran and engaging in religious matters.
Someone who continuously cuts into other people’s speech like a pair of scissors will remain deprived of understanding what someone else is saying. In fact, talking a lot can put you in danger. That’s when constantly talking, words of profanity may slip from your tongue (May Allah Forbid).

Therefore, a person who controls his speech and refrains from idle talks possesses two qualities: his religion (Din) remains secure, and he understands properly what someone else is saying, which is one of the keys to people’s heart.

Let’s make it clear that useless talking is not a sin, provided it is factual and without any overstatement or understatement. There is no reward in it either.

But as soon as any false exaggeration springs out from it, it will fall into the abode of sinning. And you and I know that it is extremely difficult to relate things in such a way that it does not cross the limit of ‘useless talking.’

False overstatements usually do occur, and those who engage in useless talks often fall into the ditch of slandering, fault-finding, backbiting, and hurting the feelings of others.

That’s why safety essentially lies within silence, because ‘Silence is Golden’ and the introverts have secured it already.

The tongue can be Harmful

Sayyiduna Sufyan Bin ‘Abdullah reported in a hadith and said, “Once I requested in the court of the Holy Prophet, ‘Ya Rasulallah! What would you identify as the most dangerous and harmful thing for me?’ The beloved and blessed Prophet then held his blessed tongue and said, ‘This.’”

So Either Speak Good or Remain Silent, period!

If only this Hadith of Bukhari Sharif would stick into our minds, which states that, “Whoever believes in Allah and the Day of Judgment, he should either speak good or remain silent.” (Sahih Bukhari, vol. 4, Hadith 6018)
There is no goodness in that conversation which is made not for the sake of the pleasure of Allah, so why waste your time and energy? Either utter something good or make no comment; that’s the only way you and I can escape the regrets.

At this point I think I have done a wonderful job in expressing how being an introvert or a silent person can protect you from ill talks. But one thing I want to make known is that silence is of two types, purposeful silence and heedless silence.

An example of a purposeful silence includes keeping silence to contemplate matters of the hereafter or Islamic rulings. Heedless silence on the other hand involves silence filled with filthy thoughts or worldly notions.
Whilst in the state of silence, you should keep in mind that if speaking is virtuous for you, then there is no need to remain silent, and if speaking is sinful for you, than it’s better you remain silent.

The last thing I want to say is that Allah created us perfect for whoever we are. He knew the specific purpose we were designed to achieve, so he provided us with everything including our behaviour and the environment required to put it all together.

The way you were created fits you well and for that matter, you just need to use it to your own advantage to come closer to Allah.

What I am just trying to say is simple: whether you were born an introvert or an extrovert, Allah has a purpose for giving that character to you, so stop trying to act like others and accept who you are, but never use your nature for something that will offend Allah.

If you end up giving up on whom you were created to be in order to become like others, then you’ll end up being somebody Allah doesn’t want. So think about yourself, regardless of what you like or dislike; you must be okay because Allah chose that for you.