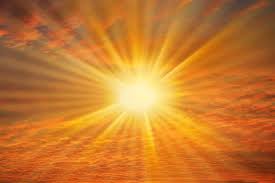 These sayings of our beloved Prophet Muhammad (pbuh) touch my heart. I hope they will touch yours too.

1. “A believer may achieve the status of one who regularly fasts during the day and spends the night in prayer, through his good manners.”

The Prophet Muhammad (pbuh) as recorded in Riyadh-us-Salaheen, Hadith 629

3. Whenever the Prophet saw Fatimah (his daughter) he would welcome her, and rising from his seat would kiss her, and then taking her by the hand would seat her in his own seat.

5. “Verily, God looks not to your figures, nor to your bodies, but He looks into your hearts and to your works of piety.” Then pointing to his breast, the Prophet (s) said, ‘Herein lies piety.’ This he repeated thrice.”

7. A man asked permission of the Prophet (to take part) in a jihad (a battle against oppressors). The Prophet asked, “Are your parents living?” He said, “Yes.” The Prophet said, “Then go to them and do jihad (by taking care of them).”

What are some hadiths that touch your heart?