The Night of Power: Facts and Suggestions 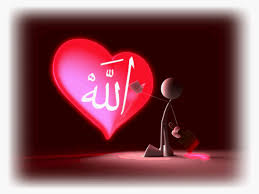 Indeed, We sent it down during the Night of Power
And what can make you know what is the Night of Power?
The Night of Power is better than a thousand months
The angels and the Spirit (Gabriel) descend therein by permission of their Lord for every matter
Peace until the emergence of dawn.
(The Holy Qur’an, Chapter 97)

Lalatul-Qadr, the Night of Power or Decree, is the greatest night of the year. It is the night that the Holy Quran was first revealed. It is “better than a thousand months” (97:3). Therefore, to worship Allah (swt) on this night is like worshiping for 83 years and 4 months.

“Throughout this blessed night, the Malaikaat (Angels) will descend and fill the sky. There will be a constant flow of Angels coming to give their salams and immediately leaving. In other words, Angels will be coming and going throughout the night delivering salams upon those who are worshiping.” (Quoted from ProductiveMuslim.com’s article titled, “The Night of Power: Do Not Miss!”)

1. Pray and Ask for Allah’s Forgiveness:

The Prophet Muhammad (pbuh) said, ““Whoever spends Laylat al-Qadr in prayer out of faith and in the hope of reward, will be forgiven his previous sins.” (Bukhari and Muslim)

Aisha, may Allah be pleased with her, said: I asked the Messenger of Allah: ‘O Messenger of Allah, if I know what night is the night of Qadr, what should I say during it?’ He said: ‘Say: O Allah, You are pardoning and You love to pardon, so pardon me.’ “(Ahmad, Ibn Majah, and Tirmidhi).

I like to read the Holy Quran in both Arabic and English because I understand the meaning of the Quran better in English. You can also watch youtube videos with the Holy Quran being recited and translated in your language.

4. Engage in other forms of Dhikr/ Remembrance such as: