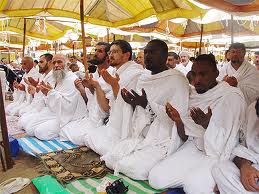 (This article was written by Abarika Abdulai of the blog Seekerselite.com, may Allah reward him) So you want to become a good Muslim? I’d like to share with you some lessons I’ve learned in becoming a good Muslim myself. I hope and pray they will inspire you to begin your journey on this course, by the will and help of Allah Almighty.

But I must tell you that this decision to become a good Muslim is a goal, which I think, only 9% of people who set this goal actually achieve. Did you just fall into the other 91%? If so, then you are probably familiar with the feelings of frustration and being stuck trying to achieve this awesome goal. Insha-Allah, it’s possible this time if you only put what you are about to learn in practice!

Do good deeds
Good thoughts don’t make us good Muslims. But doing good deeds until they form part of our nature is what exactly makes us good Muslims. As for the benefits, it cannot be stressed enough. So doing righteous deeds means earning a great deal of rewards. Allah says:
Whoever does righteousness, whether male or female, while he is a believer – We will surely cause him to live a good life, and We will surely give them their reward [in the Hereafter] according to the best of what they used to do.(Quran 16:97)

Attach yourself to good Friends
It is actually our nature as human beings to be influenced by the opinions and actions of our friends and neighbors. Knowing this is very great as it helps us to make wise choices about who our friends should be.
Therefore, in order to become a good Muslim, strive to become friendly with righteous people, and be in the company of the wise only, so that you can learn from their actions. Actions of good friends will inspire you to want to become like them. And Allah already mentions this in the Holy Quran; He says:
“… And cooperate in righteousness and piety, but do not cooperate in sin and aggression. And fear Allah; indeed, Allah is severe in penalty.” (Quran 5:2)

Detach yourself from bad Friends
Just like how we get influenced by our good companions, it isn’t different with the bad ones. They will only suck the life out of us, killing us slowly and unnoticed. So don’t try to fix someone through the friendship, rather learn to understand when to say good-bye, especially if it’s only messing up your life.

“… Allah will raise those who have believed among you and those who were given knowledge, by degrees…” (Quran 58:11)
Knowledge is worth seeking, I need not to say this though. It is much more important than wealth and property and everybody should seek it, as it performs a greater role in our lives as good Muslims. With knowledge of Islam, you are valuable to the entire Ummah. Even our Holiest Prophet was directed by Allah to seek knowledge. Allah says:
“… and say, “My Lord, increase me in knowledge.” (Quran 20:114)
The awesomeness of beneficial knowledge is such that it makes us feel much more humble before Allah and the greatness of His creation. As He (Allah) says: “…It is only those among His servants who have knowledge that fear Allah” (Quran 35:28)

Make Dua Each Day
“And when My servants ask you, [O Muhammad], concerning Me – indeed I am near. I respond to the invocation of the supplicant when he calls upon Me. So let them respond to Me [by obedience] and believe in Me that they may be [rightly] guided.” (Quran 2:186)
The status of Dua is so important to Allah that the Holy Prophet, peace and blessings be upon him, said, “Nothing is more honourable to Allah the Exalted than supplication (Dua)” (Sunan At-Tirmidhi).
One of the traits of a good Muslim is such that He calls to Allah alone with his needs. Making Du’a to Him means recognition of our weakness and His greatness. The wise Prophet (pbuh) again said: “Ask Allah for everything, even the lace of your shoes. If Allah does not provide, it will never be available” (Ibn al-Sunni, no. 349 – hasan. Supported by at-Tirmidhi 4/298 and others).

Shun all the bad habits
As I mentioned earlier in my introduction, becoming a better Muslim is a goal, and bad habits interrupt your entire life and prevent you from accomplishing your goals. Bad habits will jeopardize your health – both physically and mentally. And they also waste your time and energy. So why do we still do them?
I certainly can’t answer this, but what I can certainly tell is that our habits don’t have to continue this way if we really have the goal of becoming righteous Muslims.
It’s time to shun all the bad habits and replace them with better ones. Cast out as many triggers as possible by avoiding the things that lead to them. It is your environment that makes your bad habits easier and good habits a lot harder. So change your environment and you can change the results Insha-Allah.

Avoid sins at every turn
Avoiding sins is the only way you can become someone better in the sight of Allah and you know that already. You can never be a righteous person when you dwell in any kind of sin. Even sins that seem minor must be avoided as one sin will lead to another.
God has ordained the nature of man to be fallible. We constantly are subjugated to the desires and pulls of this worldly life. While we possess the power to steer our free-will in any direction, we remain prone to the attacks and whispers of Satan who can easily stray us from the straight path.
We can wreck Satan’s plan of bringing us down with sins by increasing our faith, knowledge and good deeds; it will then elevate us to a level which can merit our meeting with Allah with shining and bright faces.

Seek forgiveness for your sins
All calamities are sent by Allah due to our sins and are removed immediately due to our repentance. Remember what Allah said in the Quran: “He does not change the state of anyone till we change our state of goodness ourselves” (Quran 13:11).
Referring to the life of our beloved Prophet (pbuh), Abu Hurayrah reported that the Messenger of Allah (pbuh) said, “By Allah, I seek forgiveness from Allah and I repent to him more than seventy times in a day” (Sahih al-Bukhari).
Repentance is the trait of every good Muslim. If you really want to become righteous, then I don’t think this will be a problem. Don’t repent in a matter that seems like an unpleasant thing that you have to force yourself to do. Rather, you should realize your sin, give it up and return to Allah in sincerity.

Learn to forgive others
If you want Allah to forgive you, then I think you won’t have any hard time forgiving others who wronged you. The Prophet (pbuh) advised us to forgive others and be forgiven; He said, “Have mercy and adopt forgiveness and Allah will forgive you” (Sahih Ahmad).
No matter how hard others may tease you or hurt your feelings, just forgive them and try to treat them well with utmost love and tolerance.

Always speak the truth
This will shape up your moral life. Lying will instill these guilt feelings into you, but when dealing with honesty, often the moral issue of guilt feeling about a situation will break away from you. Instead, morally safe situations will always be open to you to reflect.
Speaking the truth will also take you towards Allah. It’s rewarding and opens up new paths in life, relationships and even careers. Speaking the truth might seem very difficult, but it is worth it. It is a trait of every good Muslims that should be strived for.

Always be trustworthy
Trust is valuable in all aspects of life. It affects everything. Being trusted by others is one of the common traits of good Muslims. It is one of the things you must have to go far in life as a Muslim, to achieve your greatest success.
It is very admirable and desirable to be trustworthy. It’s a trait people look for in you to confirm that you’re reliable, supportive and honest, as it should be for every Muslim. So if you like to really become an authentic Muslim, then you should learn to be more trustworthy and have others come to rely on you.

Show some Love
Showing love to others should be an everyday thing for every Muslim. You should therefore adopt this act if you wish to become a good Muslim. Whether it’s your family member, friend, or partner, aim to cover a broad spectrum of ways to show them that you care about them.

Be mindful in your everyday life
There’s the saying that “The secret of your success is found in your daily routine.”
Though this may seem a bit cliché, and can even be mistaken for a motivational quote, the reality is that it’s true.
By being mindful, as a Muslim, you should stabilize your attention or train your mind to be more focused and effective in everything you do. For instance you should train yourself to be mindful in your everyday Salaat by tuning in to your senses which helps you actually be present in your worship rather than lost in thinking.
After doing the above, the real action follows. If we acquire knowledge but do not sincerely apply what we have acquired, we will have only increased our conceit. What then will we become?
If also we are sincere in what we do but not acquiring knowledge, we will only be adamantly following our viewpoints. We will never find the truth.
I pray and hope that you understand what I mean, and that you put it into practice. May Allah make it easy for us to become good and righteous people!