How Satan used lust to lure a saint! Never trust your Nafs by Abarika Abdulai 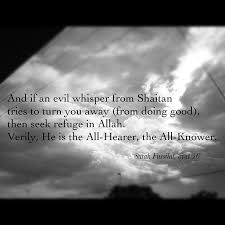 (This article was written by Abarika Abdulai of the blog Seekerselite.com, may Allah reward him)

Satan is very active every second. This should ring us a bell to be more cautious every millisecond. Yes, never underestimate the power of the Devil and never trust your nafs when it comes to the Devil.

It is sometimes easy to think that when someone appears to be a saint or has great wisdom and faith in Islam, then he is above committing certain evil. Allah already made it clear in the Holy Quran that:

…Had it not been for the grace of Allah and His mercy on you, not one of you would ever have been pure; but Allah purifies whomever he wishes and Allah is Hearing, Knowing. (24:21)

Do women and saints have to be cautious of each other?

In fact, both should be cautious of the other. Never should anyone rely on his or her Nafs because whoever relies on his Nafs has relied blindly on a very big liar. The following is a thought-provoking story highlighting one of the devil’s tricks in trapping and ruining us.

In the Bani Israil, there was once an extraordinary pious man. One day three local brothers came to him and informed him of their intention to embark on a journey and that they wished for him to look after their younger sister till their return.

The worshipper apologized because he was scared that this would lead to sin, but the brothers insisted, so eventually he agreed. However, he advised them to make her reside in a nearby house instead of his home. So this was what happened.

Whenever the worshipper wanted to give her food, he would leave the food outside his doorstep and then the lady would take it and eat without them even seeing each other.

A few days later, the devil instilled sympathy into the worshipper’s heart and made him think, ‘She is a young girl and has to come outside for her food, what if an indecent man acts mischievously with her! I think it is best if I leave the food outside her house rather than my own, I will receive a lot of reward for this deed after all.’
So he began to leave the food outside her door instead of his own. A few days later, the devil aroused sympathy in the worshipper again, ‘The poor girl sits there all alone quietly, what harm is there in giving her a bit of company with the intention of reducing her loneliness! This is a good deed, you are a pious man, and you can control your Nafs. Your intention is good; she is like your sister.’ So he began to engage in conversation with her.

The young girl’s soft voice began to arouse excitement inside the worshipper’s heart. The devil incited him even more, until eventually they committed the sin of fornication. The girl even bore a child.
Then the devil began to frighten the worshipper, ‘If her brothers find out about the child you will be disgraced; if you want to save yourself from being humiliated, then kill the baby and bury it.’ The devil successfully convinced the worshipper.

Then immediately the devil made him contemplate, ‘What if the girl tells her brothers? It is safer if you kill them both.’ The worshipper brutally murdered both the girl and the baby and dumped them in a pit in that same house.
When the three brothers returned from their journey, the worshipper pretended to sympathize with them, ‘Your sister has died; come and pray Fatihah at her grave.’

He lied to them and showed them a grave in the cemetery telling them that it was their deceased sister’s grave. The grieving brothers prayed Fatihah and left the cemetery.

At night, the devil appeared in dreams of each of the brothers as a traveller and informed them about the worshipper’s ill deeds, and he even pointed out where the bodies were buried. When all three brothers awoke, they shared their dreams with each other.

They came to the place that was identified to them in their dreams and when they dug it up, they discovered the murdered bodies of their sister and her baby.

The three brothers seized the worshipper. He confessed to his sins. The brothers lodged a complaint in the court of the king. The worshipper was dragged out of his worship place and sentenced to be killed.

When he was brought to the gallows, the devil appeared and said, ‘Recognise me! I am the devil who made you misbehave with that woman and led you to this final stage of humiliation, but do not worry I can save you, just do as I say.’ The worshipper was prepared to do anything to save his life.

The devil used lust to finally lead him to unbelief.

Did you see? One of the most dangerous and worst weapons of the Satan for destroying men is ‘women’ irrespective of how far your faith has reached.

The worshipper only gave the cunning devil one finger but the devil grabbed his whole hand. Eventually, he made the worshipper deny Allah and die a humiliating death by being executed at the gallows. Following his lust led him to unbelief.

Sayyiduna Abu Darda very rightly said, ‘Satisfying lust for a single moment leads to long grief.’
Undoubtedly, protecting ourselves with strangers and non-Mahram relatives leads to the prosperity of both worlds. Informal relationships between men and women could lead to extremely dangerous consequences.

The story of this ill-fortuned worshipper also teaches us that indecent behaviour with women sometimes leads to murder and disgrace. There will always be a strong possibility of both individuals suffering painfully and ruining their faiths.

Repent!
Allah’s mercy is immense.
Otherwise the torment of the grave will be intense