The Power of Seeking Forgiveness by Saeed Muhammad Lawan 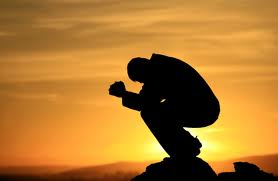 Make it a part of your day–young and old, male and female Muslims–make
istighfar.

What are these two protections that will shield us from the punishment of Allah?

Allah said, “So long as he is amidst you I’ll not punish you.” So the
Prophet died and left; his sunnah is with us but the Prophet Muhammad
may peace and blessings be upon him went and left us .

Allah will not punish people as long they seek
forgiveness. So the only salvation you have now is perpetual istighfar.
The Prophet may peace and blessings be upon him said, “I say more than
one hundred istighfar a day.”
My dear brothers and sisters how much istighfar are you doing in a day?
Your istighfar must be infinite.
Busy yourselves with istighfar– “Oh Allah forgive me.” Make it a habit and wallahi Allah will open all the doors of goodness upon you.

I’ll share a story of a baker who made istighfar his daily habit and
how Allah answered his best wish by dragging Imam ibn Hanbal to his bakery .

IMAM AHMAD AND A BAKER

Imam Ahmad (rahmatullahi ‘alayh) was once travelling and needed to
stay somewhere during the night. When he went to the Masjid the guard,
not recognizing him, denied him entrance. Imam Ahmad tried numerous
times but the guard did not accept his requests. Frustrated, Imam
Ahmad resolved to spend the night in the Masjid’s courtyard. The guard
became furious and dragged him away, despite Imam Ahmad’s old age and frailty.

A baker, whose shop was nearby, watched this scene and took pity on
the Imam. He invited Imam Ahmad to stay with him for the night. While
there, Imam Ahmad noticed that the baker continually made Istighfaar
(asking for Allah’s forgiveness) whilst working.

In the morning, the Imam eagerly asked his host about the latter’s
continual seeking of forgiveness. The baker said it had become second
nature to him. Imam Ahmad then asked whether he had experienced any
reward from this practice.
The baker answered, “By Allah! No Duaa (supplication) have I made
except that it has been answered; except one.”
“And what is that Duaa?” asked Imam Ahmad.
“To be able to see the renowned Imam Ahmad ibn Hanbal!” said the baker.

Imam Ahmad interjected, “I am Ahmad ibn Hanbal! By Allah! I was
dragged to your place so that you could have your wish come true.”

Subhanallah my dear brothers and sisters ,
Are you having problems with your spouse?
Are you having problems with your boss in office?
Are you facing so many challenges and difficulties?
You have one and only solution: turn back to Allah. Stop delaying. Why
are you delaying? Start making istighfar , increase your istighfar, seek
Allah’s forgiveness and all your worries will wipe away by the one and
only Allah .

Turn to the Master of the day of judgement.