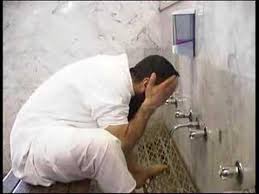 In regards to dealing with anger, the Prophet (pbuh) has offered us multiple ways to control our anger.

The following excerpt is directly quoted from an article written by Sis. Farah Rahim Dadabhoy at www.facebook.com/notes/hadith-of-the-prophetpbuh/anger-management-an-islamic-perspective-and-its-cure/388339913076.

Several Cures for Anger from the Sunnah

The first cure for anger was to say ta’wwudh [ie “audhu billahi minashaytan nirajeem”.] This cure was given by the Prophet when a man showed anger in a situation where he was in front of the Prophet. The Prophet (saw) said “I know something that if he says it, his anger will go away and this is “audhu billahi minashaytan nirajeem.” What does this have to do with curing anger? Since anger comes from shaytan, you should seek refuge with Allah from the accursed shaytan.

The second cure which is mentioned in the hadeeth mentioned by Abu Dawood is that if a person is standing, he should sit and if his anger doesn’t go away, then he should lie down. This is a very important cure for anger. The Scholars say that the reason that the Prophet (saw) gave this cure is because that when a person is angry and he is standing he is more capable of taking revenge whereas if he sits down, he will be less able and if the anger still does not subside, then he should lay down which will prevent him from acting out in a manner that he will regret later on.

3. A person should remain silent.[Imam Ahmad]

The third cure that was mentioned was not speaking at the time of anger. Ibn Rajab ® declared this to be a very great cure that Rasulollah (saw) has mentioned since it is in the state of anger that a person states a lot of things that he or she may regret later on. Sometimes, regretting one’s actions will not help since once words are spoken, the damage will take effect. For example, a person in anger may question Allah (swt) or raise an objection (may Allah (swt) forbid this). In anger, a husband may divorce his wife. In anger, people say things that destroy relationships and may take years to rebuild. Breaking one’s heart is very easy while joining the hearts is very difficult. Damaging a relationship can be done with one word while building relationships may, in some cases, take years. That is why it is best to refrain from speaking when in anger and to wait until the anger subsides and speak in a calm manner so that a person does not regret what he is saying.

The fourth and fifth cures were in regards to making wudhu and taking a bath. Both of these things have to do with using water because some narrations indicate that anger is from shaytan and shaytan has been created from the fire and the way to extinguish this fire is to use water whether it is in the manner of making wudhu or taking a bath. Someone’s anger may go away by just making wudhu and someone else might have to take a bath in order for his anger to subside. A person can see also through experience that when he is angry, his body is very hot so that the way to cool him down is to put water over his body either through wudhu or through a bath.