Allah (swt) does not want to place us in difficulty 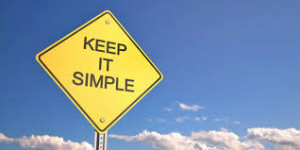 Many Muslims unfortunately make Islam difficult and complicated. This is not the way of our Prophet (pbuh), and Allah (swt) does not want difficulty for us. Please read this list of Quranic verses and Hadiths, from the Chapter “Ease,” from my first book, “The Basic Values of Islam”

1. …Allah does not want to place you in difficulty, but He wants to purify you and to perfect His grace upon you that you may give thanks.
(end of verse 5:6 in The Holy Quran)

2. Allah desires to turn to you mercifully, but those who follow their lusts wish to see you far astray. Allah does wish to lighten your burdens, for man is created weak.
(The Holy Quran 4:27-28)

3. Ramadan is the month during which the Quran was revealed, providing guidance for the people, clear teachings, and the criterion (for right and wrong). Those of you who witness this month shall fast therein. Those who are ill or traveling may substitute the same number of other days. God wishes for you convenience, not hardship, that you may fulfill your obligations, and glorify God for guiding you, and express your appreciation.
(The Holy Quran 2:185)

4. Recite then as much of the Quran as you can with ease, because He knows that some among you are sick, others must travel in search of His bounty, and others still have to struggle in His cause. Recite then only that which is easy for you, establish worship and give in alms, thus offering Allah a generous loan…
(The Holy Quran 73:20)

Our Lord is so kind that He repeatedly says that He does not wish difficulty on us.

5. Those who avoid great sins and shameful deeds, only (falling into) small faults, verily thy Lord is ample in forgiveness.
(The Holy Quran 53:32)

6. And those who avoid the greater sins and indecencies, and when they are angry, they forgive…
(The Holy Quran 42:37)

Allah repeatedly urges us to avoid the greater sins because Allah knows it is difficult to avoid all sin.

7. Ayesha (RA) said: If there were two alternatives, the Holy Prophet used to adopt the easiest, provided there was no sin in it. If the work was sinful, he used to run far away from it. The Prophet did not take any personal revenge on anyone. Yes, if Allah’s commands were disobeyed, the Prophet’s wrath was to be stirred.
(Recorded in Bukhari #6404)

8. Verily, this (your) religion is easy, and none shall be severe in religion but it will overcome him: he shall turn it into a stone and make it a tomb.
(The Prophet Muhammad, pbuh, as recorded in Bukhari)

10. Religion is very easy and whoever overburdens himself in his religion will not be able to continue in that way. So you should not be extremists, but try to be near to perfection and receive the good tidings that you will be rewarded.
(The Prophet Muhammad, pbuh, as recorded in Bukhari)

11. When the Prophet (pbuh) sent any of his companions on a mission, he would say, “Cheer the people, and inspire (them) not with aversion, and make (it) easy (for them), and make (it) not difficult (for them).
(recorded Bukhari and Muslim)

12. Narrated Anas bin Malik: The Prophet said, “Facilitate things to people (concerning religious matters), and do not make it hard for them and give them good tidings and do not make them run away (from Islam).”
(Sahih Bukhari)

13. “God did not send me to be harsh, or cause harm, but He sent me to teach and make things easy.”
(The Prophet Muhammad, pbuh, as recorded in Sahih Muslim, Hadith 707)

We must not make Islam into a religion viewed as too difficult or burdensome, for our own sakes and for the sake of others!

Could we be in this age already? I chose this hadith to encourage people that even if they are not the best Muslims, even a little bit is better than nothing, and maybe the little that we do will save us from the hellfire!

15. Had I not found it difficult for my followers, I would have ordered them to cleanse their teeth before every prayer.
(The Prophet Muhammad, pbuh, as recorded in Bukhari

16. The Messenger of Allah observed Taraweeh prayer in the Masjid one night and people prayed with him. He repeated the following night and the number of participants grew. The companions congregated the third and fourth night, but the Messenger did not show up. In the morning he told them, “I saw what you did last night, but nothing prevented me from joining you except my fear that it might be made mandatory on you in Ramadan.”
(Recorded in Bukhari and Muslim)

These hadiths show the utmost compassion and concern that the Prophet had for us. He did not want Islam to be too difficult for us.

17. O People, verily there are among you those who chase people away! If you lead people in prayer, shorten the prayer. There are old and weak people and those with special needs behind you in prayer.
(The Prophet Muhammad, pbuh, as recorded in Bukhari)

We must not “chase people away” by making religion too burdensome. We must consider the feelings and needs of others.

18. A Bedouin came to the Prophet and said, “Tell me of a deed such that if I were to do it, I would enter Paradise.” The Prophet said, “Worship God without worshiping anything along with Him, offer the (five daily) prescribed prayers, pay the compulsory alms(zakat), and fast the month of Ramadan.” The Bedouin said, “(I swear) by Him in whose hands my life is, I will not do more than this.” When he (the Bedouin) left, the Prophet said, “Whoever would like to see a man of Paradise should look at this man.”
(Narrated by Abu Hurayrah in the Sahih of Bukhari, Volume 2, p. 272-73, Book 23, #480)

This Bedouin came to the Prophet for simple advice for entering heaven. The Prophet said that performing the five pillars of Islam is the way to go to heaven.