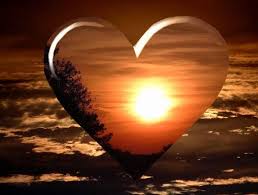 (This article was written by brother Saeed Muhammed Lawan, may Allah reward him.)

“Modesty Comes in More Than just Our Physical Appearance. Our Entire
Bodies, personalities and thoughts Should Emanate Modesty.”

Nowadays, when you attend an event you can’t differentiate the Muslim
and non-Muslim by the way they dress. Some Muslims parents
think for a girl to go out without hijab is nothing; some call it
fashion because we are in modern era, some leave their children to
tattoo their bodies but they can’t even tell them to pray five times a
day.

Last week I visited one of the colleges within my town. Immediately
after I reached the school gates, I started to hear music blaring
from the speakers. I walked in timidly. From afar I saw men and women
mixed together, dancing; you couldn’t even differentiate a girl among the
boys because they almost dressed the same. The boys wore chains and
gold bracelets; some even wore silk clothing. “Whose fault is this? The parents
or the children?” I thought in my mind. I went there to see an old
friend who called me on the phone that he just arrived for a wedding. I
found I quiet place to sit. As I sat down waiting for him, I began to think,
“Whose fault is this?” Later I realized that both the parents and the
children forgot the saying of the Prophet (pbuh) about girls dressing like
boys or boys dressing like girls.

After about five minutes someone touched my shoulder from behind, it was him
(Hassan). I welcomed him and we began to talk, but my attention wasn’t on what
he was saying. I noticed he tattooed all his arms and neck with a
picture of a football, dressing somehow like a girl by wearing gold to
show off. I decided to mention the following hadith to him:

It was narrated from Ibn ‘Abbaas (may Allaah be pleased with him) that
the Prophet (peace and blessings of Allaah be upon him) cursed men who
imitate women and women who imitate men, and he said: “Throw them out
of your houses.” Narrated by al-Bukhaari (5885).

Prophet Muhammad (pbuh) also prohibited men from wearing gold and silk, however
they are permissible for women.

“Hassan are you not afraid of death? Look at how you changed! You have
to be careful, you are growing old, do you want to see your children
like this?” I asked.

“I became addicted,” he answered.

I looked forward to advising him. I said, “Some men might be wearing
gold wedding bands or a piece of gold jewelry which is very important
to them; it might be hard to give them up. If you decide to continue
wearing these items, that doesn’t mean you will no longer be a Muslim,
but if you remove them it’s better for you–so don’t be among those who are
wearing such things.”

“Cross-dressing is also not acceptable in Islam.”

We talked more about career and so on and I left him there with no
signs of regret.

It was 11 o’clock. I was about to sleep when my phone rang. It was
Hassan. I heard him crying before I spoke. He started asking me to
forgive him and that he thought deeply about what I told him and he is
regretting. I welcomed him. I asked him to turn back to Allah by
doing a lot of istighfar and to seek Islamic knowledge
online or offline. On that very night I slept happily because one
servant of Allah had come back to the right path.

The Messenger of Allah (ﷺ) said, “He who says: ‘Astaghfir
ullah-alladhi la ilaha illa Huwal-Haiyul-Qayyumu, wa atubu ilaihi (I
seek the forgiveness of Allah, there is no true god except Allah, the
Ever-Living, the Self- Subsisting, and I turn to Him in repentance),’
his sins will be forgiven even if he should have run away from the
battlefield (while he was engaged in fighting for the Cause of
Allah).”
[Abu Dawud, At-Tirmidhi and Al-Hakim (on conditions of Al-Bukhari and
Muslim for accepting Hadith)]