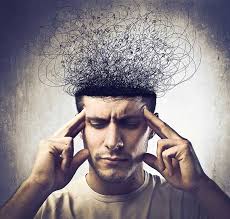 (This post was written by Saeed Muhammad Lawan, may Allah reward him).
Lectures were over; Raliya and Erina sat on a bench under a tree’s shade.

“My charge is low; I called Khadija on my phone but it switched off,” Raliya said tautly.

“Hmm!” Erina smiled and said to Raliya, “Me too…I wonder, today Rahima told me that she saw her coming to school early in the morning.”

“I saw her standing at the entrance of the library but I was rushing to submit my assignments and when I came back she was not there at that time,” Raliya said.

“Then let’s go and search for her in the library. She must be there,” Erina added.

As they both got up from the metal bench, Raliya breathed heavily as always. Overweight, with fair skin, dressed in an Abaya, her mates used to call her “The Giant”–unlike her friend Erina, who was physically fit and slim.

They went straight to the library, books lying everywhere. The light was dim, and there were very few people around. The librarian was an old lady with grey hair.

“Good afternoon,” Raliya and Erina greeted her, showing her their ID cards for confirmation.

They started looking for their friend, but they couldn’t find her. As they turned to exit , Erina turned back for the last time, and she saw someone like her.

“Look Raliya is she not the one with her head bent down on the desk?”

“She is,” Raliya replied. As they walked towards her,Raliya recognized her with her blue drip-dry clothes.

“Assalamu alaykum,” they said in chorus.

Her face looked ordinary, because she didn’t apply any make up as she always did not used to. Her skin was pale and her blue eyes turned red.

“You girls were you here?” she inquired.

“We are supposed to ask you such a question!” said Erina, touching the smooth bindings of ancient and new books on the shelves beside her.

“Erina, are you looking for a book?” Khadija asked.

“No we are looking for you,” she replied.

“What happened? You didn’t attend lectures and you didn’t write your
English assessment.” Erina added.
“Something must have happened,” Raliya said as she dragged one couch and sat on it.

“Nothing– I’m fine,” replied Khadija.
“It can’t be true, your eyes look like you cried, and you are so weak. Tell us what happened,” Erina demanded.

“I’m good–it’s something that fell into my eyes.”

“Hey we are your friends tell us what happened!” Erina insisted.

Khadija raised her head and leaned on the couch, her voice shivering, and said, “I may die soon.”
Raliya kept quiet, studying Khadija’s mood for some minutes.

“What happened? How? No one knows his last days on earth,” Raliya asked.

“Hey keep calm and tell us what happened,” Raliya added.

“Last week I visited my astrologer and he said to me that I would meet my soulmate in three days, and if I didn’t it’s a sign that I may have cancer, or some dangerous disease. Up to now ten days I didn’t meet my soulmate,” Khadija explained while crying.

After hearing all this both Raliya and Erina burst into laughter.

“Oh are you laughing at me?”

“You are really mad Khadija!” Raliya said while smiling.

“You are still believing people who predict the future?” Erina interrupted.

“Let me tell you something, whoever believes in such things, she is a disbeliever in …….” Raliya didn’t complete the sentence and stopped.

Raliya tried to talk and she coughed, “uhh uhh uhh,” then she continued:
“This has been widespread all around the world, where people
believed that because you were born on a particular day and the moon or the sun or the stars were in a particular position that will be the means of predicting what your future will be.”

“Full of lies,” Erina said.
“Wipe away your tears and ask Allah to forgive you, because you did it unknowingly,” she added.
“Because Prophet Muhammad (SAW) said that fortune telling and
belief in fortune telling is a sign of disbelieving in Islam.” (Sahih Ibn Majah).

And he (pbuh) also said, “Whoever learns astrology has learned an aspect of shirk.”

Erina mentioned the two hadiths (sayings of the Prophet)as she leaned on a wall staring at Khadija.
“Does that mean I’m a disbleliver now?” Khadija asked .
“No one knows, because you are doing it out of Islamic illiteracy; now you know it. So it’s compulsory for you to stop visiting fortune tellers or else,” Raliya said.
“Now it’s time for us to go back home, almost everyone has left us
behind,” she added
“Yes! You are right, let us go,” Erina said, holding the right hand of Khadija helping her to get up.

The three girls went out talking and giggling. But Khadija’s mood was still not good, as she heard the word disbeliever.