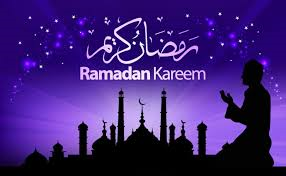 Ramadan Mubarak! Here is a great article I found on facebook that reflects on the famous Hadith Qudsi: “Fasting is for Me.” (Source: https://www.facebook.com/hadithaday.org/posts/672610112766676)

The Messenger of Allah (sal Allahu alaihi wa sallam) said: “Allah said: ‘Every deed of the son of Adam is for him except fasting; it is for Me and I shall reward for it…’”
[Sahih al-Bukhari and Muslim]

Commentary:
Because all deeds are for the sake of Allah and He is the One Who rewards for them, the scholars (may Allah have mercy upon them) differed concerning this phrase, “Fasting is for Me and I shall reward for it” – why is fasting singled out in this manner?

Al-Haafiz ibn Hajar (may Allah have mercy upon him) quoted the views of ten scholars who sought to explain the meaning of this Hadith and why fasting was singled out in this manner. The most important of these views are as follows:

1. That there is no showing off in fasting as may happen in other acts of worship. Al-Qurtubi (may Allah have mercy upon him) said: Because showing off may enter into all good deeds, but no one can see when a person is fasting except Allah, so Allah connected it to Himself. Hence He said in the Hadith, “He gives up his desire for My sake.” Ibn al-Jawzi (may Allah have mercy upon him) said: All acts of worship can be seen when done, and they may be contaminated with some element of showing off, unlike fasting.

2. That what is meant by the words, “I shall reward for it” is: I am the only One Who knows the extent of his reward and how much his hasanaat (good deeds) will be multiplied. Al-Qurtubi (may Allah have mercy upon him) said: What this means is that the amount of reward for good deeds may become known to people, and they will be rewarded between ten and seven hundred fold, and as much as Allah wants, except fasting, for Allah will reward it without measure. This is supported by a Hadith collected by Muslim from Abu Hurayrah (radi Allahu anhu)who said: The Messenger of Allah (sal Allahu alaihi wa sallam) said:

“Every deed of the son of Adam will be rewarded between ten and seven hundred fold. Allah said: ‘Except fasting, for it is for Me and I shall reward for it’” – i.e., I shall reward it greatly, without specifying how much. This is like the verse in which Allah says (interpretation of the meaning): “Only those who are patient shall receive their reward in full, without reckoning” [Al-Zumar 39: 10]

Al-Nasaa’i narrated that Abu Umaamah (radi Allahu anhu) said: The Messenger of Allah (sal Allahu alaihi wa sallam) said: “You should fast, for there is nothing like it.” [Al-Nasaa’i (2220) – Classed as Sahih by Shaykh al-Albaani in Saheeh al-Nasaa’i]

4. That fasting is mentioned in conjunction with Allah by way of honouring, as we say, “the House of Allah,” although all houses belong to Allah. Al-Zayn ibn al-Muneer (may Allah have mercy upon him) said: Giving a specific meaning to something general in a context such as this can only be understood as being by way of honouring.

Shaykh Ibn ‘Uthaymeen (may Allah have mercy upon him) said in ‘Majaalis Shahr Ramadan’:
This Hadith points to the virtue of fasting in numerous ways:

Allah singled out fasting for Himself from all other good deeds, because of its honoured status before Him, because He loves it and because it is a demonstration of sincerity towards Him, as it is a secret between a person and his Lord, which no one can see except Allah. The fasting person may be in a place with no other people around, and he could eat or drink that which Allah has forbidden to the fasting person, but he does not do that, because he knows that he has a Lord Who can see him even though he is alone and Who has forbidden that to him. So he forsakes it for the sake of Allah and fearing His punishment, seeking His reward. Because of that, Allah appreciates his sincerity and singled out fasting for Himself from among all other good deeds. Hence He said: “He gives up his desires and his food for My sake.”

Allah said concerning fasting: “I shall reward him for it.” So he connected the reward for fasting to Himself, because the reward for righteous deeds is mentioned by number, and a good deed will be rewarded between ten and seven hundred fold, many times. But with regard to fasting, Allah connected the reward to Himself without specifying any number. Allah is the most generous of those who are generous, and the gift reflects the generosity of the giver. So the reward of the one who fasts will be very great, without reckoning.

Fasting is patience in obeying Allah, patience in keeping away from the things forbidden by Allah, and patience in bearing the decree of Allah, hunger, thirst, physical and mental weakness. So it combines all three types of patience, thus the fasting person deserves to be counted as one of the patient, and Allah says (interpretation of the meaning): “Only those who are patient shall receive their reward in full, without reckoning” [Al-Zumar 39: 10]